Now they, being gone, secure the sepulcher, sealing the stone with the detail. Now it is the evening of the sabbaths.

On Friday the 10th of April it was the 16th of Nisan. The second day of the Feast of the Unleavened. The second day also that Jesus was in the tomb. In the year Jesus died, Nisan 16 fell on the weekly Sabbath. In practice this meant that two Sabbaths followed each other. First, the fifteenth of Nisan, which was an annual Sabbath because of the beginning of the festival, and immediately thereafter the weekly Sabbath. It was in the evening between these two Sabbaths (our Friday evening) that the stone before the opening of the tomb was sealed and a Roman sentry post was stationed.

Unfortunately, quite a lot of such data has been lost in Bible translations. This is partly due to the current view that Jesus spent two nights in the grave, which is why it is believed that the crucifixion took place on Friday. Wrongly, because Jesus says he spent “three nights” in the tomb (Mat.12: 40). Thursday night, Friday night and Saturday night. So he did not die on Friday but a day earlier. And two Sabbaths in a row he was in the grave. Indeed, he rested. Until…! 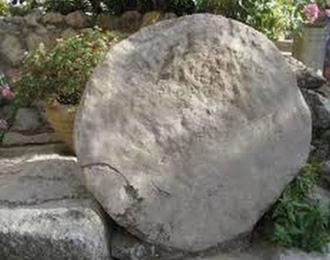