Lo! Left is your house to you desolate. For I am saying to you: You may by no means be perceiving Me henceforth, till you should be saying, Blessed is He Who is coming in the name of the Lord!

It is a few days before Jesus would be given up to be crucified. Jesus had just delivered a lashing speech against the religious leaders in Jerusalem. A sevenfold “woe” had sounded in words that certainly didn’t sound diplomatic. And then he wails, “Jerusalem, Jerusalem… How many times do I want to assemble your children in the manner a hen gathers her chicks under her wings, and you will not!”

How poignant is the moment when Jesus says goodbye to Jerusalem. He announces the destruction of the temple and with that he concludes his last public performance. They would no longer see Him … “until”! This means that the farewell is not final. Man’s unwillingness never has the last word. For Jerusalem will someday greet him again. Then he will be welcomed as the one who comes in the name of the Lord! And he will show himself again! Then, on that occasion, not before. But what a great day that will be! 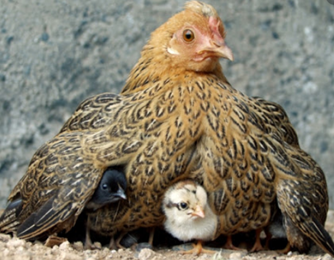