…and is going after the lost one, till he may be finding it.

In Luke 15 we find the familiar parables of the lost sheep, the lost penny and the prodigal son. Usually our approach to these stories focuses on the tragedy of the lost. But that makes us miss the punch line. When the youngest son was abroad and spent his money, he had a great time. But was he less lost then than when he sat down with the pigs and felt miserable? No, because all the while the father had lost his son.

The essence in the three stories is that the owner has lost something. And that it is therefore the interest of the owner to seek the lost. And it is also primarily the joy of the owner when the lost is found.

That humanity is lost is primarily a loss to the Creator. After all, he is the Owner. And that is why He is also searching for the lost. Because it is His! And He keeps searching until He has found the lost. See there the Gospel: GOD seeks the lost and … He finds it too. Absolute and guaranteed! 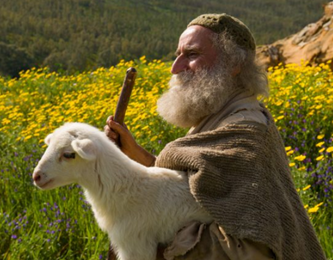