On Wednesday the 8th of April, on the Hebrew calendar, it was the fourteen Nisan. The month is originally called Aviv, which means ‘spring’. It is on this date that Israel remembers the day when she was delivered as a people from Egypt. This started with the slaughter of a integrant, one-year-old lamb of which the blood was collected and then spread on the doorposts. It was the blood of the lamb that guaranteed life to the Israelites.

It was also precisely on this date that the Lamb of God was slain fifteen hundred years later. The Jewish chief priests were in a hurry to get rid of Jesus. After all, the feast of Passover would begin a day later. Before the feast, therefore, the crucifixion of Jesus had to be complete.

Without being aware of it, the religious leaders and priests of the people killed the innocent Jesus on the day of Passover. They slaughtered him with a javelin but, on the other hand, did not break his bones. Exactly as prescribed for the Passover. “Behold the Lamb of God who takes away the sin of the world!” 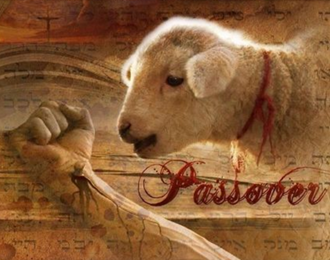