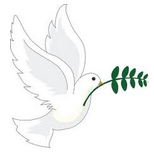 Jonah is a type of Christ. That is evident, because it was Jesus Himself who solemnly declared that:

However, it is noteworthy that hardly any believe that Jesus really has been for “three nights” in the grave… . Jonah as a type of Israel That Jonah is also a type of Israel is not well-known, but is undeniably true. For as Jonah, through disobedience, went under in the sea, even so it happened to Israel. In the first century of our calendar era, Israel, as a nation, disappeared in the sea of nations. But not permanently. On the third day Israel will arise as from the dead, in order, as yet, to fulfill her mission as the prophet Hosea has foretold (6:1-3), in which “the third day” is a cryptic reference to the third millennium. After all, according to Scripture, “one day is with the Lord as a thousand years and a thousand years as one day” (2Pet.3:8). Peter emphasizes that this particular (chronological) detail, in connection with the return of Jesus Christ, we should not miss. It is a noteworthy indication that enables us to see what time is it on God’s clock (see Study Day 9/11). Messenger The name Jonah means ‘dove’. It is the bird well-noted as emblem for carrying messages, This is due to doves having a phenomenal orientation ability, which puzzles scientists to this very day. With ease, doves can bridge hundreds of kilometers and flawlessly navigate themselves back home. In general, a dove is pictured as a symbol of peace. That is not untrue, but it is not the primary signification of a dove. It was a dove, with an olive leaf in its beak, that brought the message of new life to Noah. A world that had perished under water (think again on Jonah), nevertheless, brought forth new life. That is the message! It is the same message that later on was brought by a dove, after Jesus also went under the water and out of it arose (Mat.3:16). This dove was a manifestation of the holy Spirit, we read; that is to say, Jesus arose out of the ‘watery grave’ and at the same time received the Spirit. This signifies that “receiving spirit” is synonymous with receiving life, even as, in reverse, “yielding the spirit” is synonymous with dying. The dove (&gt;Jonah) announces new life. Life after and out of a watery grave! ——————————– first published (in Dutch): 8 september 2011 translation: Peter Feddema