Now likewise, was not Rahab the prostitute also justified by works when entertaining the messengers and ejecting them by a different way?

As is known, James uses a very different tone here than Paul does in his letters. We don’t need to brush that away, both have different ministries and target groups (Gal. 2: 7-9). In addition, what James calls “working” is simply called “faith” elsewhere. Hebrews 11:32 says (perhaps written by Paul) that the faith was of Rahab when she took the spies into her house. Rahab’s faith was not just a theory, but a rock-solid confidence. And that was evident from what she did.

With “good works” we soon think of good deeds. James doesn’t. First, Rahab was a prostitute. A profession that we do not directly associate with good works. Second, she took spies from a hostile people into her home and released them. Her compatriots must have blamed her for treason.

Yet the Scriptures count Rahab’s works as righteousness. Why? Because her works proved that she believed GOD. Rahab knew that Israel’s GOD is a reality and trusted it. Regardless of what ‘people’ said … 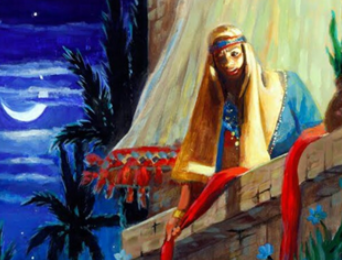