Tell what will arrive hereafter, and we shall certainly know that you are Elohim. Indeed, you shall do good and do evil, and let us certainly gaze wonderingly and stare together.

The gods of the nations are challenged here by Isaiah to put their predictions on the table. To come up with evidence that they are gods. But since they don’t have that evidence, they are called “voiceless idols.” Meaningless.

The hallmark of the Divine word is that it proves itself, by fulfilling something that no man can: foretell. People express their wishes, experts come up with forecasts and fortune tellers make predictions. But no one knows what the future will bring. Except GOD.

“The holy scriptures”, which we as a library call “Bible” (Biblos, books), legitimize themselves through prophecy. That is a Greek word that literally means ‘fore-telling’. GOD proves itself through prophecy. One example from the aforementioned prophet Isaiah. It foretells the name of the king who would ever rebuild Jerusalem (44:28). Even years before the city was destroyed! And two centuries later there was a pagan king Cyrus who learned that GOD had called him by name long before (Isa. 45: 4). He was deeply impressed. And he knew exactly what to do.

GOD does not predict, He foretells! 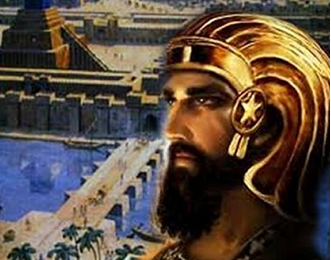