| Blog English | In heaven or on earth

In heaven or on earth 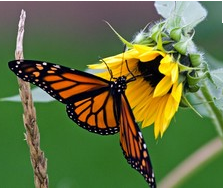 A visitor to my web site asked the following question:

During Bible studies I run into the following problem, On the one hand, I see our heavenly destiny and the snatching away to be with the Lord, and on the other hand, I see us to be manifested with Him in glory at His coming for Israel and the nations, here on earth. A ministry among the celestials, but also, it seems, to appear with Him on earth for Israel. How am I to see this?

The top of the Hierarchy The ecclesia is called (literally and figuratively) to the highest task (level) imaginable. Of course, at the very top of the hierarchy in Scripture is GOD, but directly under Him is Christ, as the representation of the invisible God (1Cor.11:3). On that level is also positioned the ecclesia, which is His body (Eph.1:22,23). As Christ is “seated at the right-hand of God, among the celestials, up over every sovereignty and authority…” (Eph.1:20), even so is the ecclesia, together with Him: “and seats us together among the celestials, in Christ Jesus, that in the oncoming eons, it should be displaying the transcendent riches of His grace…” (cp Eph.2:6,7). Inconceivable, but true! Are you not aware…? The position and the task which the ecclesia will have above, is one of rulership over the universe! We, as the ecclesia, are not appointed to a picnic, nor to join and strengthen choirs in celestial regions. No, the present wicked sovereignties, authorities, and world-mights among the celestials (cp Eph. 6:12), will have to surrender their position to us. Their function now, will become ours then. Our home and work-field in the oncoming eons is not merely in Jerusalem, but in the above. Even though it be behind the scenes, we will be directly involved in the affairs of the world. That will be our charge; that will be our business. Paul wrote: “are you not aware that the saints shall judge the world?” (1Cor.6:2). Is it not logical then, that we will regularly carry out work-visits to earth? More in the next blog. ——————————— first published (in Dutch): 1 september 2011 translation: Peter Feddema