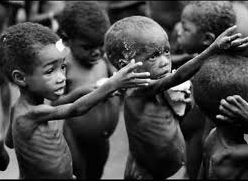 Chan notes with a lot of sadness that there is a hell, according to the Bible. We cannot casually talk about this, because hell is also the destiny of “Christians” who do not really love Jesus, or who do not care about their fellow-human-beings in poverty, disease and misery. Henk Medema, publisher of “Erasing Hell” by Francis Chan

With respect to the “sadness” of Chan, regarding hell, I already wrote something in an earlier blog; as well as about his so-called certainty that there is a hell, according to the Bible. But according to Medema, Chan shows us something else: hell is for people (even Christians) “who do not care about their fellow-human-beings in poverty, disease and misery”. Please ponder this sentence for all it depicts! Hell … a place where all the poverty, disease and misery of earth, completely pales into insignificance, compared with that of hell. A place where the suffering knows no remedy and no end, ever; where there is absolutely no hope for people who enter into it. Where there will never any lessening of the suffering inflicted on the creatures who will be found in it. Where God will never, no never, show a grain of concern and care for His own creatures. That is what makes hell to be hell! And such a place, according to Chan (and with him agrees the ecclesiastical orthodoxy) is intended for non-Christians and Christians “who do not care about their fellow-human-beings in poverty, disease and misery”? I am concerned for the many people, who with such a distorted image of God and of His “Evangel” have been and are being misled.  next ——————————— translation: Peter Feddema