Chief Priest according to the order of Melchizedek, concerning whom there are words, many and abstruse, for us to say….

Of the historical Melchizedek in Genesis 14, we hardly know more than that he was king in Salem and, moreover, priest of the Most High. He met Abram after his campaign and blessed him and gave him bread and wine. Abram, in turn, gave the tithes to Melchizedek from the whole spoil. Melchizedek must be an impressive figure, that much is clear. What is therefore all the more striking is that we are not further informed about him. No genealogy, no mention of descent, no age or anything about dying. He appears without introduction and also disappears silently from the scene.

But the writer of the Hebrew letter can’t stop speaking about the importance of this Melchizedek. Especially about that he was both king and priest. Because that is what the Messiah would be, according to the prophecy in Psalm 110: high priest after the order of Melchizedek. A great subject! Every detail appears to be full of content. The interpretation of his name, the location, what he did, and so on. Even what is not mentioned has far-reaching meaning. Typically God’s word: everything is important therein! 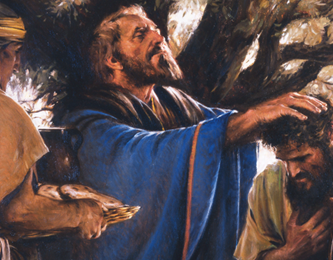