For If Joshua causes them to stop, He would not have spoken concerning another day after these things.

917x the name Jesus appears in the Greek New Testament. In Greek the name is Iesous. It is the rendering of the Hebrew name Jehoshua (Ex. 17: 9), sometimes abbreviated as Jeshua (Neh. 7: 7). If the above verse of the letter to the Hebrews speaks of Joshua, it is the exact same name that we come across hundreds of times as Jesus. That we read Joshua in Hebrews 4: 8 is only because it refers to the figure we know from the Hebrew Bible as Jehoshua. Joshua resembles Hebrew and Jesus resembles Greek. But it’s the same name, that’s what it’s about. 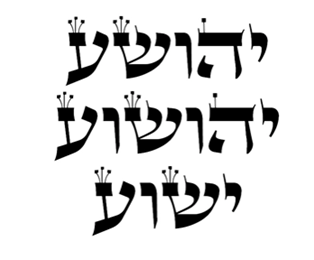