Furthermore it is noticeable that A.P. ignores many texts that prove the opposite of what he wants to say.

In this blog I don’t want to do the same PG did, so I don’t discuss all he mentions. Not only this blog would be too long, but I think it is also not necessary because of the, in my opinion, very inadequate argumentation of PG. But in this blog I want to drag a few typical examples of PG’s argumentation in the spotlight. In a previous introductory article ‘reconciliation of all, a highly sophisticated deception’ PG started with the following definition of the subject:

the concept of reconciliation of all (Apokatastasis is ‘restoration’), also known as universalism, is taken from Acts 3: 21.

This is already a poor way of beginning. Because the words ‘reconciliation of all’ is not taken from Acts 3: 21, but directly from Colossians 1: 20 (apokatalaxai ta panta). Acts 3: 21, PG refers to, is about ‘apokastasis’, which is restoration, in this case of all which the prophets had spoken about. A totally different concept and subject. Theology confuses both concepts and that is a matter for them. But who is doing bible study should not make such a mistake. The simple fact that ‘reconciliation of all’ directly derived from the vocabulary of Paul, means that it is a biblical concept. No discussion!

André Piet says also: ‘The Scripture does not teach that there will be an endless eternity, but he speaks about ‘oncoming eons’. In those eons God will bring his “plan of the eons” to completion. Until He may be All in all” .

That sounds very nice, but, however, is not true. First there will not be oncoming eons, but there will be one oncoming eon (singular), the same concept as the endless eternity, which A.P. always wants to deny in order to maintain the error of ‘reconciliation of all.

No “oncoming eons”? Never read Ephesians 2: 7 in which Paul uses this phrase literally? And how many times is spoken about “for the eons” (Luke 1: 33; Romans 11: 36; Hebrews 13: 8 etc.) or “for the eons of the eons”? This previous expression is used only in the book of Revelation no fewer than ten times. It proves abundantly that the “oncoming eon” (Luke 18: 30) cannot be the final eon.

Or how about the phrase “the conclusion of the eons” (Hebrews 9: 26)? Without being aware of the oncoming eons and the conclusion of it, it is impossible to understand God’s plan. Because the plan ís “the purpose of the eons”  (Ephesians 3: 11). The concept of an ‘endless eternity’ instead of “oncoming eons” is a fatal obstacle to understand ‘reconciliation of all’. If ‘eon’ would be an eternity, “the Hope of the Evangel”  would vanish, because that ís the “reconciliation of all” (compare to Colossians 1: 23 and 1: 20). P.G. writes about it:

The hope of the Evangel is the possibility of reconciliation, which people are allowed to/need to accept. The Evangel remains the good news, even though unfortunately it will not be accepted by everyone.

You read it correctly. According to P.G. the Evangel is a possibility of reconciliation. Because, in his argumentation, some would simply not accept it. But that demonstrates that the writer has no idea what reconciliation is. God reconciles enemies. Reconcile means: making enemies to friends. Question: who is doing that? Answer: God. Question: How is He doing that? Answer: by the blood of the cross. Question: What is the condition to participate in this reconciliation? Answer: You need to be hostile or alienated. So hostility or alienation from God is not an obstacle to reconciliation, it is a requirement. God is going to bring any creation to gracious acknowledgment of who He is. That in the name of Jesus every knee should be bowing…, and every tongue should be acclaiming that Jesus Christ is Lord! (Philippians 2: 9-11).

About 1 Timothy 4: 10 (the living God, Who is the Saviour of all mankind, especially of believers) PG writes:

P.G. recognizes that in 1 Timothy 4: 10 the genitive has been used. So ‘Saviour of all mankind, especially of believers’ and not ‘for all mankind’, as if it just might be an offer instead of an actual fact. But indirectly the writer denies the fact by changing ‘especially of’ into ‘to be precise’. But demonstrably that is not the meaning of the Greek word ‘malista’. That is not exclusive but inclusive.

Compare the sentence in Galatians 6: 10:

Consequently, then, …, we are working for the good of all, yet specially (Greek: malista) for the family of faith.

Let us work for the good of all, to be precise for the family of faith. P.G. tries to escape, but it fails completely. Malista means: most. God is a Saviour if all mankind, that is: He saves all mankind. Regardless of how and when. But God saves most, in particular or especially, them who believe now. They will be saved ‘out of the coming indignation’ (Thessalonians 1: 10), but also ‘out of the second death’ (Revelation 20: 14) etc. Other people are not saved out of those.

The preconceived idea of the writer hinders him so many times to balance the issue fairly. As in the following quote:

the word ‘eon’ can have several meanings, but A.P. wrongly wants to relate it exclusively to the temporary (because that is more convenient for the reconciliation of all).

In contrast, P.G. needs for his concept more explanations for one word, so inconsistency and arbitrariness are his.

And so in this long article P.G. makes mistake after mistake. Too many to debate here. He challenges a, in my opinion, biblical fact. The root of the problem, P.G. describes like this:

But A.P. proves to be not (willing?) to understand the essence of the free will; that is the, God-given, moral choice to choose for God or not. If God would determine the will of people, man would not have a free will. The bible clearly shows that man has received a free will, and that man can choose himself to accept or reject Gods will. After all, the sole fact that there was a fall of man because of the disobedience of Adam and Eve, proves that a man has a free will.

The ‘free will’ is for P.G. the bottleneck of the whole issue. With ‘free will’ the writer means: God does not control the will of a man. Realize what it means: God controls everything, except your and my will. It means that the creation consists of countless beings who can operate independently from God. So it could happen that Satan fell, and the project ‘mankind’ failed already with the first human couple. Apparently God did not foresee this (?), and in that case he took a tremendous risk by creating people with a ‘free will’. Then the question arises what will happen in the new creation. Shall a man again have a ‘free will’? And if yes, why wouldn’t it go wrong again? One arrives at those horrible uncertainties , when God is no longer GOD (Romans 1: 21). The teaching of the ‘free will’ deposes GOD and mankind is put in His place. In theory God wants that all mankind will be saved, but if mankind does not want, then it will not happen. This is polytheism optima forma. PG writes:

It would be strange if God had given a man a free will, and at the end everyone would serve Him. Than He also could have made marionettes.

The image of marionettes is not biblical, although God is in control. The Scripture teaches that we are clay in the hands of the Potter (Romans 9: 21). Nobody made himself. All my choices and all my desires are the result of a creation process. It is the sum of billons of factors. Of heredity. Where and when was my birth? In which culture and religion was I raised? Who raised me and what did they tell me at school? Etcetera, etcetera. Only One controls this. And He is able to close hearts, to make it steadfast, and to open it. Like rillets of water is the king’s heart in the hand of Yahweh; Wherever He desires, He redirects it (Proverbs 21: 1).

Because God is GOD, He controls everything. Surely: everything! Never something goes wrong with Him. Even if a man wants to go against God. Like Pharaoh, the most powerful man on earth at that time, who resisted God’s will (‘let my people go!’). In particular by his disobedience Pharaoh completed God’s council and purpose (Romans 9: 17). That knowledge gives peace and hope. Because GOD controls everything, He can also bring everything to a happy conclusion! With such a solid and promising message the Foundation Promise would be worthy to her name. 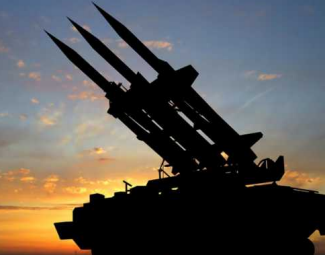