Then Joseph said to him: This is its interpretation…

The story of Joseph, the rejected by his brothers, is a striking representation of Christ. Sold in Egypt, “the house of Jacob” thought he was dead. Just like “the house of Jacob” also thinks about their rejected Messiah. Joseph ended up in prison. But behind the scenes, God was with him. Joseph is given the highest position in prison and he is entrusted with the care of the prisoners.

The prison is a place outside of society. It is a type of ecclesia in our days. In the world she is not popular but … she is entrusted to the care of the true Joseph. What Joseph is allowed to do in prison is to explain dreams. He reveals things that were hidden. Isn’t that exactly what Christ is doing among the nations today? Revealing secrets, as Paul describes them in prison (!) Letters?

The dreams of the baker and the cupbearer relate to what would take place “on the third day”. It speaks of the prospect of what God will do “after two days” (= after two thousand years). That will be the time of elevation! 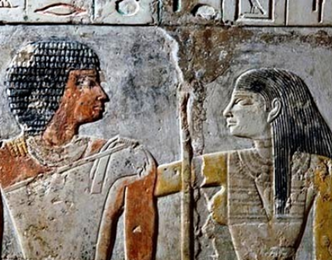