And it came to pass when her soul was going out (for she died) that she called his name Ben-oni; yet his father, he called him Benjamin.

Genesis 35 describes Jacob’s wife Rachel dying giving birth to her son. It was at Bethlehem, in the fields of Ephratha. It is the same place where the Messiah would be born some twenty centuries later. But not only the location, but also the sequence of events surrounding the birth of this son, refer to the Messiah.

Do we not recognize here the Messiah who was born in the fields of Ephratha? He came as “a man of pains” (Isa. 53: 3). Destined to suffer and die. But for the Father it didn’t stop there. The man of pains was raised from the dead and exalted at God’s right hand. In other words: Ben-oni became Benjamin! 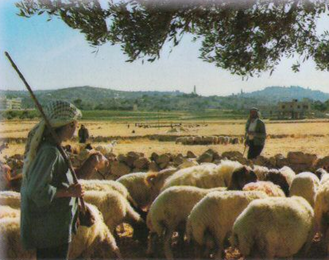