Isaac again delved the water wells which the servants of his father Abraham had delved; but the Philistines had obstructed them after the death of Abraham. And he called their names by the same names that his father had called them.

Fountains or wells play a major role in the life of the patriarchs. They often also lived at wells. Of course that is literally, but also spiritually true. They draw on “the Fountain of living waters” (Jer. 2:13), namely God’s promises. And God’s blessing unmistakably pursued them. It was because of envy that the Philistines filled the springs, that Abraham had delved, with soil (26: 14,15).

Because Isaac wanted to draw from the same sources as his father Abraham, he had to dig them up again. Get rid of everything they clogged them. Return to the sources of yore. It sounds simple, but in practice it means effort and struggle. The saying goes that anyone who wants to go back to the source must swim against the stream.

The fountains that God gives produce living water. Whoever returns to the scriptures will find how fresh, powerful and vibrant the pure words of God are. The digging and spading and also the opposition that comes with it, are more than worth it! 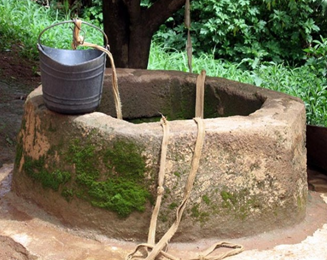