Although I am a sojourner and an alien settler among you, give me holding for a tomb among you, and let me entomb my dead from before me.

Abraham was a very rich man. But because GOD had promised him the land of Canaan, he never wanted to buy land there. After all, he would get it for free. The only piece of land he bought there was a grave. Because in the promised land he absolutely wanted his resting place so that he would also be roused there.

Abraham lived among the Canaanites as a “prince of God” (23:6). He had a good reputation, but never became one of them. He was a stranger and guest. Very different from his cousin Lot, of whom we read as sitting “in the gateway of Sodom” (Gen. 19: 1), that is, the place of politics and government. But Abraham has never made an effort to own or shape the land. His time was yet to come …

This position of stranger and guest in the world also characterizes that of the believer in our day. We do not desire earthly power. Now we subject under the existing governments as “princes of God”. Because in Christ the whole world will soon become our domain! 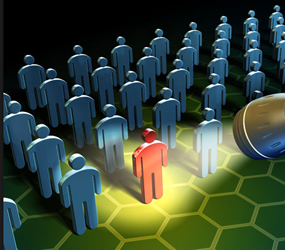