| Blog English | Galatians 6:16 –The rule of the new creation

Galatians 6:16 –The rule of the new creation


For in Christ Jesus neither circumcision nor uncircumcision is anything, but a new creation. And whoever shall observe the elements by this rule, peace be on them and mercy, also on the Israel of God.

The Judaizers strove to place the believers under religious rules. Circumcision was especially promoted (6:12). In no time they had let themselves be wrapped up in Galatia by these preachers and with that they were led to an ‘evangel’ that is not an Evangel. The message of grace and freedom that people initially got to know through Paul had given way to religion and they were ‘back to square one’. Returned to the weak and poor elements of the world before the Evangel was learned (4:3,9).

There was only one elementary rule for Paul: that of the new creation. The truth that whoever is in the risen Christ is perfect, righteous, and untouchable. That new creation is not an ideal that believers should try to achieve, no, it is the position in which we are pre-placed and from which we are allowed to live. It is not a finish but the starting point. That is the elementary rule, the ABC, the yardstick from which we think and direct our lives. In it and in it alone do we find peace and mercy! 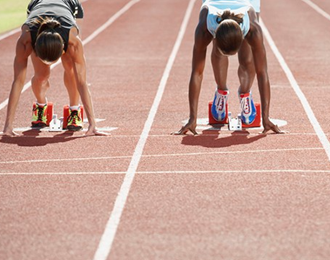