And whoever shall observe the elements by this rule, peace be on them and mercy, also on the Israel of God.

Paul says peace and mercy to so many who conform to the rule of the new creation. But also “on the Israel of God”. An attempt has been made to explain this “also” as ‘namely’, but that meaning is forced here. This is all the more so since the apostle emphatically sees in his letters a distinct future for (ethnic) Israel. Just as the Hebrew prophets spoke about it.

Today, however, Israel as a nation has been temporarily set aside because of unbelief. Only a believing minority is “at this present time a remnant according to the election of grace” (Rom.11:5). They are now “the Israel of God”.

But it doesn’t stop with the remnant. For the partial hardening that has come upon Israel has an until. Once the fullness of the nations enters, “all Israel will be saved” (Rom.11:25,26). God will make a new covenant with that people, and the Redeemer who comes out of Zion will turn away wickedness from Jacob. This people will become the channel of blessing for the whole world! A kingdom of priests in the midst of all nations – the Israel of God! 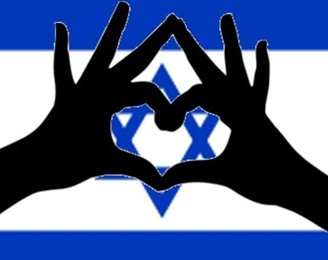