Galatians 5:4 – Falling out of grace – is that possible?


Exempted from Christ were you who are being justified in law. You fall out of grace.

We saw that the phrase “fallen out of grace” does not refer to wickedness but to pious efforts to become righteous. Such a person no longer expects it from the grace of God but from his own achievements

Now it might be suggested with concern that if the Galatians were ever justified by God’s grace, it is evidently possible afterward to fall out of this grace. Doesn’t this suggest that once one is justified, one can still forfeit this position? The answer to this last question is a firm no .

Paul makes it very clear in Romans 8:30 that those whom God has predestined to be conformed to the image of His Son are also called by Him and according to Him also justified and then also glorified by Him. This chain consists of only golden links: there is nothing of man in it – it is all God’s work and therefore irreversible. Whoever is justified by grace but after that still thinks that he must become a righteous by works , is of course still righteous. But such a person has left the ground on which he is justified. 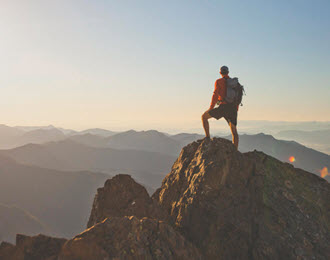