Little children mine, with whom I am travailing again until Christ may be formed in you!

We have arrived here at one of the most emotional statements made by Paul in this letter. This is already apparent from the way in which he addresses his readers: “my children”. Usually the thought behind this is that the addressed are ‘begotten’ through his preaching (read: have become believers; cf. Filemon.:10). But here the idea is not that Paul is the ‘father’, but rather the ‘mother’. He wants to express how much effort  it took him this time to ‘bring forth’ the Galatians as believers. The first time the Galatians were ignorant of the Gospel and all he had to do was tell it. Now Paul had to tell them again, except that they had been turned averse by now .

The Galatians still had zeal, but it had become religious zeal. Based on work and earning. The ‘gratuitous joy’ that they initially experienced when they learned that every person is justified by the faith of Christ (Gal.2:16) had now given way to obligatory forms and appearances. Could Paul give them the Life again …of the risen Christ (Gal.2:20)? So that He might take shape in them?! 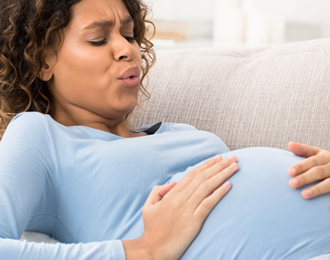