So much did you suffer feignedly? Since, surely, it also is feignedly!

From the moment the Galatians learned of the Gospel from Paul, they had experienced much pressure and suffering. Not so much about it in this letter, but we read about it in the book of Acts. And to a large extent, these oppressions were caused by organized opposition from Jewish orthodoxy (Acts 13:50; 14:2; 14:19). It is striking in the ‘New Testament’ that oppression of believers mainly comes from the orthodox religious side.

Now if the Galatians went in the direction that the Judaizers pointed, did they not confirm the right of their persecutors? Then the suffering of that time would have been for nothing. In other words: they could have saved themselves all those tribulations. In the words “since surely I also is feignedly” it is clear that if the Judaizers were right, then the suffering would indeed be in vain.

Nowhere is opposition to the Gospel so fierce as in the orthodox religious world, where people strive to become righteous before God through ‘works’ (merits). The Gospel of grace (= for free) does not fit in such a system of thought at all. For when the faith of Christ saves and justifies the world, it reduces every human contribution to something utterly worthless 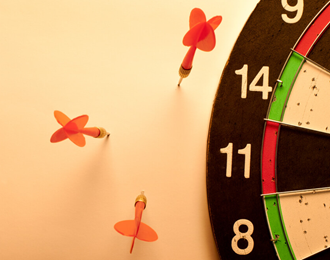