| Blog English | Galatians 3:25 – no longer under a pedagogue

Galatians 3:25 – no longer under a pedagogue


Now at the coming of faith, we are no longer under an escort

The law as God gave it to Israel at Sinai served as an educator or nanny for some fifteen centuries. Until the promised seed of Abraham (= Christ) came. Here it is called “the faith” i.e. “the faith of Jesus Christ” (3:22). The way He has walked in faith decides everything. The impact of that one act of obedience brings life and justification as all-encompassing as that one misstep that led to condemnation and death. For all mankind (Rom.5:18).

But if the law as a pedagogue only had a function until “the faith has come”, so then Israel is now “the faith” has come no longer under the law as a pedagogue. That era is over and at an end. The law is not a thing of the past, but her function as a pedagogue is. Holding on to that function, as Judaism does to this day, is therefore an anachronism: misplaced in time (Rom.6:14; 1Cor.9:20,21; Gal.4:4,5,21). When the Lord will make a new covenant with Israel in the future, the law will therefore not be imposed on them, but will be written in their hearts (Jer.31:31-33). It will be joyfully discovered that the law is prophecy…and is being fulfilled by God! 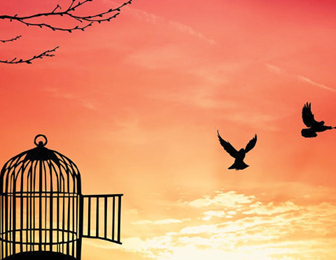