Galatians 3:15 – No testament but covenant


Brethren (I am saying this as a man), a human covenant likewise having been ratified, no one is repudiating or modifying it.

Just now, Paul had argued that justification is not of works, but of faith. The figure of Abraham played a leading role in his argumentation. From the above verse he elaborates on the unconditional promise that was given to him and the covenant that God made with him on that occasion (Gen. 15).

Before going into further detail, Paul first wants to establish in general that a ratified covenant, also among people, is a given. Both parties that have formally agreed to the agreement are obliged to honor the agreements. None of the partners involved can withdraw from this or make a change to the contract on their own initiative.

The word here for ‘covenant’ (Gr. diathéké), in the Greek translation of the Hebrew Bible (the Septuagint) is the standard translation word for the Hebrew ‘brith’ (=covenant). It is therefore definitely incorrect to render “covenant” with “testament.” A testament is a last will. But since God does not die, He also does not make wills. He made a covenant with Noah, Abraham, Moses and David. And He sticks to it! Without ifs and buts. 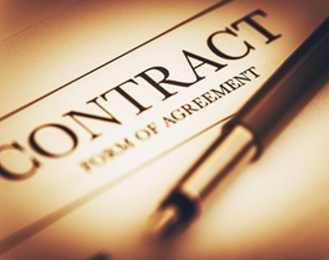