Galatians 2:9 – The circumcision & the nations


…and knowing the grace which is being given to me, James Cephas and John, who are supposed to be pillars, give to me and Barnabas the right hand of fellowship, that we, indeed, are to be for the nations, yet they for the circumcision.

Officially it is agreed here that Paul and Barnabas would be for the nations and James, Cephas and John for the circumcision. Let’s take a closer look at the wording of the convention.

The operation of the “pillars” is not geographically defined. As if they would limit themselves to Israel’s borders. The sphere of activity of the “pillars” is religiously limited: to the people of the circumcision. That makes a big difference, because in those days too, Jews and synagogues were found worldwide. After all, Israel was (and officially still is) scattered among all nations. Therefore, Peter was able to write his first letter from Babylon (1Peter 5:13). And John wrote from Patmos to (Jewish) ecclesias in Asia (Rev.1-3).

Paul’s ministry, on the other hand, is unlimited. Note that this appointment is not (as in 2:7) about the contrast circumcision vs. uncircumcision. No, James, Peter and John are limited to “the circumcision” while Paul’s sphere of activity is universal: “the nations”. I.e. “all the nations” (Rom.1:5; 16:26). Including the Jews among them (Acts 21:21). Limitless service! 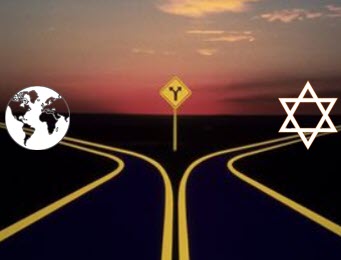