…and knowing the grace which is being given to me, James Cephas and John, who are supposed to be pillars, give to me and Barnabas the right hand of fellowship, that we, indeed, are to be for the nations, yet they for the circumcision.

James, Cephas and John were considered to be the pillars of the apostles. It seems that this James, “the brother of the Lord” (1:19), took over the role of the other James, the brother of John after he was killed (Acts 12:2). James is mentioned here first; he was also the deciding voice at the Jerusalem assembly (Acts 15).

When we read the letters of James and Peter we see confirmed that they are addressing “the twelve tribes” (James 1:1). Or to “the expatriates of the dispersion” (1 Peter 1:1). John also addresses the people who are destined to be a kingdom of priests (Rev.1:5,6). So to Israel (Ex.19:5,6).

In Christendom, the writings of James, Cephas, and John are commonly referred to as the “general epistles.” And they are applied haphazardly to themselves. This approach misleads the reader in advance. Because this trio did not write ‘general letters’ but ‘circumcision writings’. Addressed to Israel. Not general, but very specific! 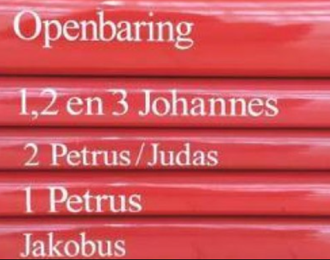