Galatians 2:4 – Our freedom in Christ Jesus


Yet, it was because of the false brethren who were smuggled in, who came in by the way to spy out our freedom which we have in Christ Jesus, that they shall be enslaving us.

When we take verse 3 as a parenthesis, the above verse indicates the reason for Paul’s visit to Jerusalem. False brothers had been smuggled into Antioch. This literal translation suggests that they were sent out as ‘undercover’. It probably concerns believers who came from the party of the Pharisees (see Acts 15:5).

These brothers were “false” (Gr. pseudo), because they wanted to turn the “freedom which we have in Christ Jesus” into bondage. Like spies, they looked around to check whether the ‘heathen’ brothers were circumcised, but also whether the Jewish believers were ‘kosher’ with them. All believers in Christ were to be ‘Judaized’ in their view. The same goal that the Galatian preachers had in mind. 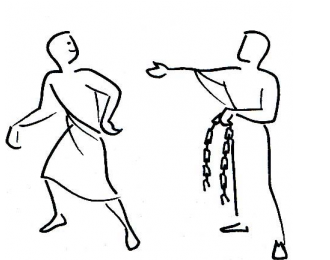