… and submitted to them the evangel which I am heralding among the nations, yet privately to those of repute lest somehow I should be racing or ran for naught.

In Jerusalem, Paul told whoever wanted to hear it, the contents of the Gospel which he proclaimed among the nations (cf. Acts 15:4,12). But separately, i.e. privately, he did so to those “of repute” (see also 2:6), referring to the apostles in Jerusalem. In verse 9 they are mentioned by name: James, Cephas and John and are “supposed to be pillars”.

With Paul’s visit to Jerusalem, nothing less than “the truth of the gospel” (2:5) was at stake. A compromise? Ruled out! But that does not mean that Paul was looking for a split, on the contrary. With his visit he intended precisely to recognize the apostles in Jerusalem. Dissension in the circle of Christ’s delegates would be a tragedy. The race that Paul had run thus far (read: the proclamation of the Gospel among the nations) would have been in vain for him even if those who were apostles before him (1:17) rejected his ministry. He didn’t want to think about it… 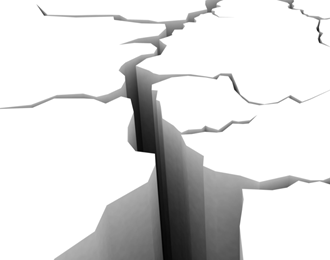