Now if, while seeking to be justified in Christ, we ourselves also were found sinners, is Christ, consequently, a dispenser of sin? May it not be coming to that! For if I am building again these things which I demolish, I am commending myself as a transgressor

The preceding verse 16 is the longest and most fundamental verse of the Galatians letter. The two following verses, on the other hand, are by far the most difficult to understand of the entire letter

Still Paul speaks of believing Jews (“we, by nature Jews”; 2:15), as Peter and himself were. Without “works of law” they seek justification in Christ, as they, like the nations, prove to be sinners. But if “works of law” play no part in justification in Christ, does that not make Christ subservient to a sinful, lawless life? That is evidently the conclusion that Paul’s opponents thrust at him (compare Rom.3:6; 6:2). “May it not be coming to that!” is Paul’s unmistakable response.

Justification in Christ is destructive to “works of law.” This means that if one subsequently restores it (“building again these things which I demolish”), that one, one way or another, proves to be an offender after all. Any “gospel” that requires “works of law” inevitably turns believers (i.e., righteous in God’s eyes!) into transgressors. 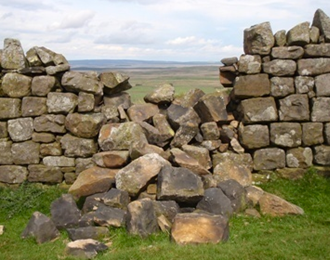