Galatians 2:1 – To Jerusalem with Barnabas


Thereupon after the lapse of fourteen years, I again went up to Jerusalem with Barnabas taking Titus also along with me.

It is fourteen years after his calling and eleven years after his aforementioned visit to Jerusalem (1:18) that Paul goes to Jerusalem accompanied by Barnabas. Barnabas, whose real name was Joseph, was a Levite born in Cyprus (Acts 4:36). It was he who introduced Saul to the apostles Peter and James (Acts 9:26) and later (about eight years?) collected him from Tarsus (Acts 11:25) to work with him in Antioch and also a to take the collection to the elders of Jerusalem (Acts 11:30; 12:25).

After Paul and Barnabas returned to Antioch from their missionary journey, there was great gratitude that God had opened a door of faith to the nations (Acts 14:27). But there was a commotion when brothers arrived from Judea who believed that believers from the nations should also be circumcised (Acts 15:1). Paul vehemently opposes this and that is the reason for the visit to Jerusalem mentioned here 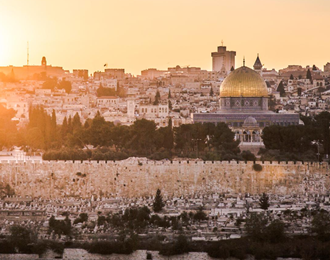