As we have declared before and at present I am saying again, if anyone is bringing you an evangel beside that which you accepted, let him be anathema!

It is possible that Paul is referring to the previous verse with this repetition (cf. 5:3), but it is more likely that he is referring to a statement made during an earlier visit (Acts 18:23). By this repetition, the apostle makes it clear that his fierce lash out is not an emotional impulse. The Gospel that Paul was to preach to the nations tolerates no deviation. Changes lie under a Divine “anathema!”

The seriousness of Paul’s words is many times more topical in our day than when Paul wrote it. For the error which he here denounces prevailed then only in the region of Galatia. But remember that the type of Judaized Christianity promoted by the preachers in Galatia became mainstream early on in Christendom. The ecclesias believed themselves to be Israel (“the replacement doctrine”) and adopted everything that belongs to that nation. Includes rituals, clergy, heydays, law reading, blessings, songs, and so forth. The Judaizers in Galatia left Israel’s customs intact. Later, however, those customs were ‘christianized.’ Circumcision became baptism, the Sabbath Sunday, and so forth. Christianity as a whole went even further astray… 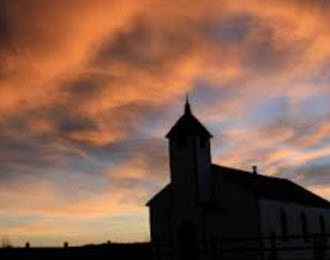