| Blog English | from caterpillar to butterfly

from caterpillar to butterfly

When the caterpillar has gorged itself to the full, the process of pupation begins, during which the caterpillar turns into a kind of “mummy”. In this phase the metamorphosis takes place, after which, out of the cocoon, (wonder of wonders) a butterfly appears, which is fully complete! No growth stages anymore, as in her former caterpillars-existence, but from the outset, everything is perfectly complete. This is a most beautiful type of the vivification!

Besides, the butterfly does not eat anymore, but it sucks nectar, which is the precursor of honey. This, in turn, is a picture of the sweet Word of God. All this characterizes the new, multicolored butterfly-existence. Not anymore like a caterpillar, clinging to the earth, but moving freely in the spacious sky. Not creeping, but fluttering. That is real living! 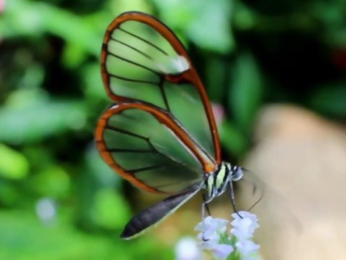