It came to be when Moses descended from Mount Sinai (…) that Moses did not realize that the skin of his face gleamed because of His speaking to him.

Moses had stayed on Mount Sinai for forty days, and God spoke to him. When Moses came down from the mountain after that time, his face gleamed but he did not know it. The latter is typical. Moses didn’t try hard to shine. He was not even aware that he was gleaming. Moses was only aware of the fact that GOD had spoken to him. And of what GOD had spoken to him. That made Moses shine.

Many Christians are always concerned with their appearance. People are constantly wondering whether the world can see if they are Christians. They try to distinguish themselves. They want to impress with their piety, their ideals and religious endeavors. But it is human work and counterfeit.

When the living word of GOD comes to us then we are transformed (2 Cor.3: 18). Not because you have to, but because there is no other way. GOD’S word shines because it speaks all of what He does and of His promises. When our eyes are focused on that, we reflect this light! 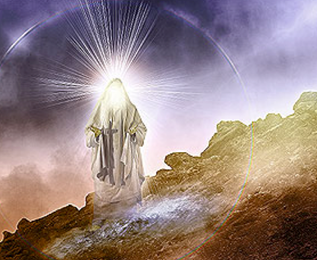