Now you did not thus learn Christ, since surely, Him you hear, and by Him were taught according as the truth is in Jesus…

Paul speaks of the great upheaval since the Ephesians got to know the Christ. ‘Christ’ is the title of him that was raised from the dead by GOD as the Firstfruits. He is alive! And that makes everything different. Hím they heard when the learned him. In Greek it is much stronger than in most translations. Than one renders it: You heard of him…But that is too weak. It says: you heard him… In the word that Paul preached, the Ephesians heard Christ’s own voice! And that is not just ‘so to speak’. Paul spoke and taught the word of the resurrected and glorified Christ. He had personally revealed it to Paul (Gal. 1:12).

The Ephesians had heard Christ and were taught in him… “according as the truth is in Jesus”. Or literally: the Jesus. Namely the Jesus, who had testified of the truth here on earth and therefore died and was buried. That Jesus they had come to know as the Christ, the resurrected Prince of Life! No philosophy but a living person! 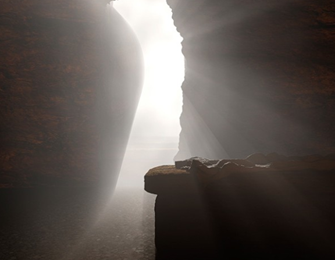