On this behalf am I bowing my knees to the Father of our Lord Jesus Christ, after Whom every fatherhood in the heavens and on earth is being named…

Paul writes here in one sentence about “Father” (Gr. Pater) and or “fatherhood” (Gr. Patria). Most translations speak here of ‘family’ or something similar, but in Scripture, that coincides. Family is based on fatherhood  (>patriarchal). Because the father is the one who is responsible and takes care of the family.

Let us not project our experiences with fatherhood on GOD. It’s the other way around. GOD as Gather is the original and the model. He is the origin and takes care of every single work of his hands. He guarantees the good outcome of everything. Every creature can always rely on Him. His love is unconditional. Because He is GOD the Father. Every fatherhood on earth should be a reflection of Him! 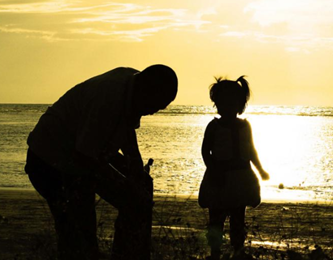