And coning, He brings the evangel of peace to you, those afar, and peace to those near…

Many understand this verse such that Jesus, upon coming to earth, evangelized the nations and Israel. But how is that compatible with the fact that Jesus was only sent to the lost sheep of the house of Israel (Mat. 15:24)? Certainly, he also had an eye for the Israelites abroad. The sheep “who are not of this fold” (John 10:16, Ezek. 34:12).

In Galatians 1:16 we read from Paul that GOD had separated him to reveal his son in him so that he would evangelize him in the midst of the nations. GOD revealed his Son … in Paul! In Paul, Christ evangelized among the nations. Everything that Christ has to report to the nations today has been made known through Paul. Paul was called to be Christ’s spokesman among the nations

When Israel’s “no” to the Messiah sounded increasingly louder, Saul became Paul. Paul was updated from heaven. And in the evangel of peace that he was allowed to make known, far and near, Christ’s own voice was heard! 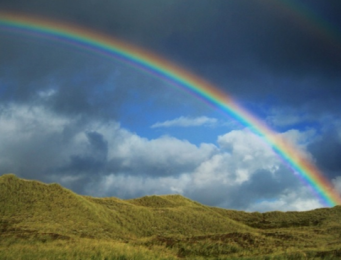