The same as God blesses us in Christ, He also chooses us “in Him”. That means that God chose Christ and therewith also us. But even more: God chose us to be in Christ (Romans 8: 29). Like He once chose Jakob in advance. Already before his birth and thus also before he could have done something good or bad (Romans 9: 11). GOD chooses and He calls, totally independent to our works (= merits). Choosing precedes who we are and what we do.

Choosing as a deed is indeed exclusive. To some people, but not to everyone. But don’t misunderstand: GOD’s purpose, when He is choosing, is always inclusive. It’s not excluding, it is including. God doesn’t choose some people, because He’s not interested in the others. Or, because others should be predestined for damnation. That is a dreadful caricature of the Biblical truth. God just chooses people for reaching other people by them.

About Abram in Ur of the Chaldeans we read that God chose him (Genesis 12: 1). Why? To bless via him all generations (all families of the ground) would be blessed! That is predestination! 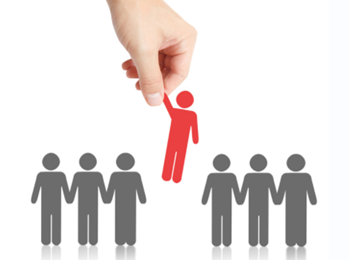