… and what the transcendent greatness of His power for us who are believing, in accord with the operation of the might of His strength, which is operative in the Christ, rousing Him from among the dead and seating Him at His right hand among the celestials…

We became participants in enormous expectation. Because GOD appeals us for that. He predestined us to a heritage which is characterized by heavenly glory. The previous verse spoke of that. But how can God give us such an expectation and predestine us to such glory? Aren’t we ordinary mortals? Adhesive to the earth like caterpillars? Moreover, originally “children of indignation, even as the rest (2:3).

For the answer of these questions, Paul brings in another element. GOD’s power to us who are believing, has a “transcendent greatness”! He lifts poor, sinful, transient earth people to the dizzying height of everlasting, heavenly glory!

And Paul continues: it is the same strength that roused Christ from among the dead. Forever. But not only that: he was seated at the right hand of GOD, exalted above all. Well then, the same strength will also bring us from the deepest deepness to the highest height. About GOD’s strength we cannot think too large! 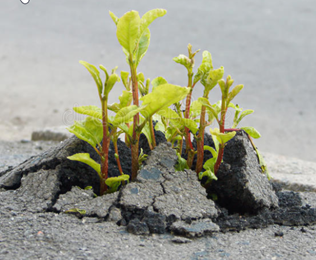