From a visitor of this webpage I received an email which reads, amongst others, the following:

(…) After a special experience in 1987 I became a Christian. I joined a Baptist church where   there were also a number of things I struggled with and which I couldn’t fit in, like people being lost forever. Until I finally ended up at the site of Eben Haezer (an ecclesia in the Netherlands that believes the gospel of universal reconciliation) and through that site I eventually ended up with GoedBericht. It is hardly possible to put in words how much I have learned from GoedBericht! The matter became to make total sense and the Bible opened up to me in a whole new fresh way. Question marks became exclamation marks! I have also become much happier and more confident in my faith by GoedBericht (by Gods grace) and I got such a brighter and more joyful picture of (the happy) God!

Now as to my question about prayer. I agree that prayer changes everything and that it is very useful. In the evangelical church which I am in since 1987 it is generally stated that you should pray as much as possible for others. It almost seems as if God would depend on our prayers because it is said that God can change people by our prayers and in this way it burdens people with guilt because the amount of prayer is always too little. In the past this often was a burden for me and I struggled a lot with this. Quite often I was referred to the parable of the unjust Judge in Luke 18:1-8 and also to Exodus 32:7-14 where we read that God wants to destroy the nation and Moses then intervenes and is able to prevent this.

Now my question is: How do I see these Bible passages in the light of my question. Is it still true that God lets Himself to be entreated and comes to a different decision by our prayer, like in Exodus?. But doesn’t this seem to be contradictory to the fact that with Him there is no shadow of change?  Shortly: I struggle with this question and am curious how you see this from the Scriptures.

Indeed, the idea to many in the Christian world is that our prayer aims to change Gods mind. The more often and more intensely we pray and the higher the number of people we do that with, the higher the probability of success (so they think). As if His plans are not thought through enough and so that we can turn Him around. Isn’t this pure arrogance? Doesn’t this put man on a pedestal while it degrades the God of heaven and earth? How pathetic is a god who is dependent on the opinions and advice of his own creations, being sensitive to their massive amount of submitted petitions?

But then the question: How is it then possible that God lets Himself to be entreated? Doesn’t this reflect the thought that God allows His mind to be changed? The verb ‘entreating’ is found six times in our bible translations (Gen.25:21; 1Sam.24:25; 1Chron.5:20; 2Chron.33:13,19; Ezr.8:23; Isa.19:22). The Hebrew word of which it is the translation (Str.6276) however, occurs much more often and means: listening to an urgent request. That is what God does. Because he wants to be prayed to. How often don’t we find the exhortation in Scripture to invoke God? For salvation is anchored especially to the faithful supplication of His name.

12 For there is no distinction between Jew and Greek, for the same One is Lord of all, being rich for all who are invoking Him. 13 For everyone, whoever should be invoking the name of the Lord, shall be saved.
-Romans 10-

When a human invokes the name of the Lord wholeheartedly and thereby appeals to His help, He will show Himself to be a Helper. Thát is what entreating is. By this God doesn’t turn back on his plans and intention. On the contrary, He thereby fulfills his plans. A beautiful example of this can be found in Isaiah 19 where we read how God will severely strike Egypt but will also heal them. How? Because they will return onto the Lord.

Yahweh will strike Egypt, striking but to heal, And they will return unto Yahweh, And He will be entreated for them and heal them.
-Isaiah 19:22-

Here we see that “entreating” doesn’t mean a switch in Gods thoughts, but instead, in those of man. Because upfront an already thousands of years it is determined that God will be entreated by Egypt. I.e. He will hear their call and do what they ask for. So God doesn’t return to His thoughts when he is entreated. On the contrary, man repents so that God can fulfill His promises in this way. Exactly like he foretold. 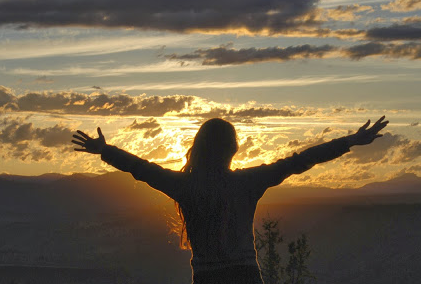