Does the Bible teach original sin?


Traditionally, the concept of ‘original sin’ has played a major role in traditional theology. It means that since ‘the fall of man’ every person is hereditary burdened with a ‘sinful nature’. Wikipedia says the following:

Original sin, also called ancestral sin, is a Christian belief in a state of sin in which humanity has existed since the fall of man, stemming from Adam and Eve’s rebellion in Eden.

But is this “Christian teaching” also in accordance with what the Bible says?

original sin not a “sound word”

First, we must remember that the term ‘original sin’ does not appear in the Bible (warning lights start to blink …). The same also applies to the concept of ‘sinful nature’. In the Bible, it is not the nature of man that is sinful, but that which is besides natural (Romans 1:26). Thus we read of the nations who do what the law commands by nature (2:14). The words ‘original sin’ and ‘sinful nature’ (and even ‘the fall of man’!) are not part of the Biblical vocabulary. That is not an accusation, but an observation. Grab a concordance (a keyword register on the Bible) and convince yourself.

But is it not true that in Romans 5:12 Paul teaches that sin passed from Adam to all men? Let’s take a closer look at this text (from the NIV translation):

Therefore, just as sin entered the world through one man, and death through sin, and in this way death came to all people, because all sinned…

In this verse Paul first establishes that through one person sin entered the (human) world. As we already knew from Genesis. As we already knew from Genesis that because of sin man actually became a victim of death. After all, if man ate the forbidden fruit, “to die” he would be “dying” (2:17), eventually returning to soil (3:19). Man was denied access to the tree of life, and thus to the medicine to prevent death.

death came to all people

Then Paul states: “in this way death came to all people …”. Mind you, it does not say, “sin came to all people.” Paul is not talking here about ‘original sin’ but about the transmission of death. Since Adam, mankind has been hereditary burdened with death.

because all have sinned?

We read further in the NIV translation: ” and in this way death came to all people, because all sinned…”. This translation assumes that people die because they have sinned. A strange thought, when we consider that babies also die. Are babies also sinning? This is often explained by stating that all people have sinned “in Adam.” In that case, Adam sinned on behalf of all people. This explanation can also be found in the Staten Vertaling (Dutch translation)  of Romans 5:12 “in whom [= Adam] all have sinned”. A ‘nice’ theory, but that’s not how Paul puts it.

The point is that Romans 5:12 does not speak of “because” nor of “in whom.” The Greek word EPH’HO means literally translated: “on which” (as in Acts 7:33). If one follows this literal rendering, all the theological mist disappears at once! Romans 5:12 better translated is:

Therefore, even as through one man sin entered into the world, and through sin death, and thus death passed through into all mankind, on which all sinned.

Déath is the basis of the sinful behavior of mankind. Humans miss the mark (= sin) because he is infected with death. The lack of life force (vitality) makes man a target-misser. Since he has been denied access to the tree of life, man has been doomed to be a sinner.

So Romans 5:12 does not teach that we would have sinned “in Adam” or that humans receive a ‘sinful nature’ through inheritance. No, Romans 5:12 teaches that since Adam, death has been in our genes (“dying to die”), with the result that we sin.

This is confirmed at the end of Romans 5 (: 21) where we read that “sin reigns IN death”. Death has sin in it. Where death (mortality) is, sin dominates. That also gives death its venom. Hence, in 1 Corinthians 15:56 it says:

Now the sting of Death is sin.

But let me also mention the immediate continuation in 1 Corinthians 15:57:

Now thanks be to God, Who is giving us the victory, through our Lord Jesus Christ!

The Good Message speaks of him who overcomes death and thus sin. Jesus Christ is the anti-type of Adam, through whom death and thus also sin penetrated every human child. However, the “last Adam” brings Life and hence the victory over sin. And would the impact and range of “the last Adam” be inferior to Adam? No, every human child will share in this, “each in his own order,” without exception (Rom. 5:18; 1Cor.15: 22-28)! 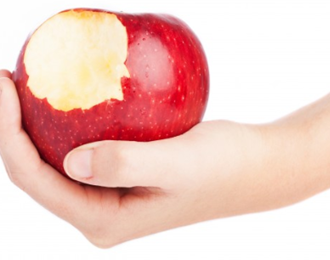