The name of Charles Darwin (1809-1882) is inextricably linked to the theory of evolution, also called Darwinism. In 1959 Darwin published his book about “The origin of species by means of natural selection”, which caused a revolution in the scientific world and influenced society, religion, and philosophy enormously. The theories of Darwin made God redundant (that was the idea) and downgraded mankind from the crown of creation to species upgraded from monkeys.

Darwin wrote a biography, which was published after his death. In the original version (Darwin’s wife initially deleted the undermentioned passage) he writes the following:

I can indeed hardly see how anyone ought to wish Christianity to be true; for if so the plain language of the text seems to show that the men who do not believe, and this would include my Father, Brother and almost all my best friends, will be everlastingly punished. And this is a damnable doctrine.

This quote is a fascinating source of insight into Darwin’s soul.

It shows that it was unbearable for him to live with the thought that many beloved everlastingly would be punished. He calls it a “damnable doctrine”. Unfortunately, Darwin thought that “the plain language of the (bible) text” would teach this doctrine. Apparently, nobody told him that the word ‘eon’ doesn’t mean an everlasting eternity, but a world era with a beginning as well as an ending. The concept ‘eon = eternity’ made also him blind for the glory of the Evangel (compare 2 Corinthians 4:4).

It’s for the glory of GOD, and the truth of the Scriptures that this damnable doctrine must be challenged. For if this doctrine would be true, indeed the Evangel would not be a good message. Even on the contrary. The Evangel is a good message because the living GOD (as He said himself) never ever will let go of the works of His hands. For sure, He is a Saviour of all people! 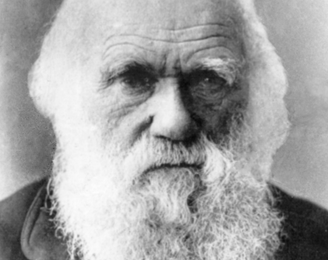