One of the most exalted names of Christ is that he is “Son of God” (John 20:31). In fact, he is “the only begotten Son of God” (John 3:16) because as Son of God he is completely unique among all men: begotten without the involvement of a man (Luke 1:34). His mother Mary was overshadowed by “the power of the Most High” (Luke 1:35). The begotten self is by definition ‘direct object’. A person is begotten and is completely passive in it. It is not a choice or an activity of your own to be conceived.

Pre-existence as word of God

It is in the Gospel of John in which this divine conception is highlighted in a special way. The Son of God is there presented as the word of God that became flesh (John 1:14). It was God’s word that came to Mary and thus became flesh. Mary became pregnant. The same word by which all things came into being (1:3), now became flesh and dwelt among us, the evangelist writes (John 1:14). That is why John the Baptist testified (1:15): “He was before me.” For as the word of God he was before all things.

There is one passage that is traditionally used as evidence for the idea that the becoming of Jesus in Mary’s womb was an act of his own: Philippi 2:5-7. This passage is interpreted as meaning that before his conception Christ Jesus was “in the form of God” and from that position would have emptied himself and become man. In this statement he was not begotten by the Father but transformed himself into a human being (read: transformed himself into a fertilized egg in Mary’s womb).

Since said (traditional) view is based on only one passage and it is difficult to reconcile it with the fact that it was God who begot Jesus, it can do no harm to question whether the current reading is correct. After all, for something to be established, at least two or three witnesses are needed who are consistent with each other.

Below is the text of Philippi 2:5-11 (Concordant Version)

5 For let this disposition be in you, which is in Christ Jesus also,
6 Who, being inherently in the form of God, deems it not pillaging to be equal with God,
7 nevertheless empties Himself, taking the form of a slave, coming to be in the likeness of humanity,
8 and, being found in fashion as a human, He humbles Himself, becoming obedient unto death, even the death of the cross.
9 Wherefore, also, God highly exalts Him, and graces Him with the name that is above every name,
10 that in the name of Jesus every knee should be bowing, celestial and terrestrial and subterranean,
11 and every tongue should be acclaiming that Jesus Christ is Lord, for the glory of God, the Father.

What I think is overlooked in this explanation is that Paul is not talking about Christ Jesus’ position in the past, but about his position in the present. Christ Jesus is “being inherently in the form of God” and “equal with God”. The title “Christ Jesus” refers to him as the resurrected and glorified. It is a formulation reserved exclusively for Paul’s letters and typical of him (94x). The title “Christ” is paramount. That means: in his resurrection he is anointed with holy spirit (Acts 2:36). The promotion title Christ is followed by the name Jesus, which he was given at birth. The sequence “Christ Jesus” typifies Paul because that is how he got to know him. As the glorified Christ, he revealed himself to Saul on the road to Damascus. Whereupon Saul asked, “Who are you, Lord?” and the answer was, “I am Jesus whom you persecute” (Acts 9:5). First Christ and then Jesus.

This present position, however, does not consider (= aorist – no matter when) Christ Jesus “as a robbery”. Paul gives two reasons for this: (1) Christ emptied Christ himself and he took the form of a slave and humbled himself to the death of the cross. And (2) it was then God who exalted him exceedingly and bestowed upon him the name above every name. in other words that Christ is presently in God’s form is not a plundered possession but a position given to him by God, precisely because he emptied and humbled himself. It demonstrates what Jesus himself once testified on earth: whoever humbles himself will be exalted (Luke 14:11; 18:14).

…though being a Son, he learned obedience through the things he suffered…

Since his birth, Jesus was the Son of God. A position in which he should expect obedience from others. But here we read: Though he was the Son, he himself learned obedience. For he has emptied himself and taken the form of a slave. Thus he learned obedience and humbled himself to death, yea, to the death of the cross. 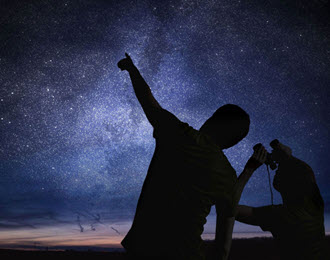