| Blog English | Creationism in trouble (3): the role of evil

Creationism in trouble (3): the role of evil 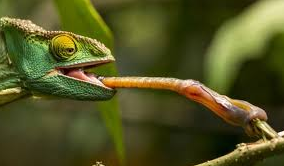 Apart from the aforementioned objections to the traditional view of the six days of Genesis 1, in my opinion the classic creationism has an even bigger problem. And that is that one cannot cope with the role of evil in God’s design of this creation. It is believed that the ‘original sin in Genesis 3 is responsible for evil, suffering and death in this world. It would be because of human choice that creation is subject to corruption. I do not believe this and I want to show in this blog point by point why not.

1. Not voluntarily subject to corruption

20 For to vanity was the creation subjected, not voluntarily, but because of Him Who subjects it, in expectation 21 that the creation itself, also, shall be freed from the slavery of corruption…

It is not because of the choice of the creature ( “voluntary”) that creation is subject to corruption, but because the Creator made this so. Already from the beginning the Creator had a new creation in mind. First a universe had to be created in which sin, suffering and death would play a vital role, and afterwards God can create a perfect world in which mankind by means of the evil makes acquaintance to the good. As “the tree of the knowledge of good and evil” already expressed in its name: the knowledge of good is not sold separately.

2. A chaos and vacant

In Genesis 1 we read that God created the heavens and the earth, and immediately in the next verse that the earth came to be “a chaos and vacant”. Genesis 1 verse 2 always raised the question how God could create a world resulting a chaos and vacancy. Especially the first term suggests damage, decline and even a ruin. We read nothing about a trap of Satan that would have occurred as a cause, not in this verse and nowhere else. Purely from the text of Genesis, a chaos and vacancy on earth are described as a result of God’s creation. This was from the beginning subject to corruption.

The first human pair was placed in the garden of Eden “to build it and to keep it.” The first verb presumes that the earth outside was no garden and the second verb means that the garden showed the tendency to corrupt and was exposed to dangers.

God created all the animals “by their nature” and the man was given the task to understand the animals and to name them. A lion was in Hebrew a “Arieh,” which is derived from a verb that means “great picking or pulling”. An eagle or vulture became a “Nesher” that means “tear” or “rip”. In their name sounds the carnivorous nature of these animals. So God created the spider to catch insects by means of a web. And for the same reason He provided the chameleon a rapid tongue. He equipped the swordfish with a sword in order to catch its prey. And piranhas He gave sharp teeth. God gave the anteater a sticky tongue for eating ants and termites. And why should the cuttlefishes and sea anemones have been given tentacles, other than to catch their prey? All of this is the design of the Creator. Indeed, the green herbage was given to the animals for food (Genesis 1: 30), but does this mean that animals ate only vegetarian? Green herbage are the first link in the food (chain), which are finally consumed by carnivores. Carnivores indirectly eat the green herbage.

How could God warn the man in the garden with death if he didn’t know the meaning of death? Only when Adam already knew the phenomenon of death from the animal world, the warning is understandable. Also remember that Adam and Eve were not immortal in itself, as humanity will become in the resurrection. The first couple was immortal as long as they had access to the tree of life. However from the moment that access was denied, death entered into the world of people and passed through into all mankind (Romans 5: 12).

6. From the earth, earthy

Adam was out of the earth (1 Corinthians 15: 47). His name indicates that (earthling). And those origins also gave its destination. On the day that Adam ate the forbidden fruit, he was told:

… By the sweat of your brow shall you eat your bread, until you return to the ground, for from it were you taken, for soil you are, and to soil you shall return. -Genesis 3: 19-

Adam’s disobedience with death as a result was not a surprise to God. It had to happen like that. Because it was not about Adam, but about “the last Adam” (1 Corinthians 15: 45). Adam was only a type of Him who was to come (Romans 5: 14). The creation made by God in Genesis 1 was “good”, even “very good”. It was exactly what God had in mind and in accordance with his design. But it was not a definitive version and as such not so intended. It was a necessary prelude to the incorruptible, new creation that He would make in Christ. The new creation won’t be a recovery or repair of what was in the Garden of Eden, but immeasurable more and better. Adam had no idea of God’s love (Romans 5: 8). He had no idea of the meaning of grace and mercy. Humanity and creation in general would only really get to know the good God through the path of evil (suffering, trouble, death, sin). God is the Creator of light and darkness, good and evil (Isaiah 45: 7). Therefore the evil in the world is no accident but  “all in accord with the counsel of His will” (Ephesians 1: 11). With God it never ever goes wrong!