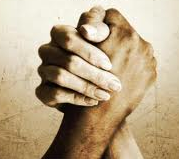 As yet, a few additional remarks about the report on the relatively high number of atheistic professors. In the various comments that I read, mention was made of the ‘innate’ conflict between faith and science. This conflict can not be denied. A scientific attitude puts question marks everywhere, while a believer, in advance, accepts an (unproven) assumption. A true scientist knows nothing for sure, until it is verified, whereas a believer is already convinced, without having seen anything. These attitudes clash. The strength of science is that it is merely concerned with what can be proven by the senses. That is, at the same time, also its weakness and its limitation. Why should our senses encompass the whole of reality? It is here where faith comes into play. Faith begins where science ends. A scientist starts from what he sees. A believer starts from what he does not see (Heb.11:1; Rom. 8:24). What for the scientist is the ceiling, is for the believer the floor. When Abraham and Sarah, in old age, (again) from God received the promise that their descendants would be as the stars of heaven, it was, scientifically and biologically considered… nonsense. While Abraham was not a scientist, he had noticed that both, his body and Sarah’s womb, were ‘as good as dead’ (Rom.4:19). This shows the conflict. Scientific common sense and God’s words collide. This difference, some try to polish away (“true science is never in conflict with the Bible’, they claim), but one should realize that this conflict is perfectly normal. Faith lives precisely out of this conflict! Where science says, ‘unlikely or impossible’, faith begins to be really interesting! The son that was born, consequently, was given the name “laughter” (Isaac), because all human (read: academic) expectations were put to ridicule, completely. A believer can very well be a scientist, provided he can properly handle the scorn and ridicule of his colleagues. In their eyes, after all, he has embraced utterly bizarre and ridiculous ideas. Great! He who laughs last, laughs best! ——————————— translation: Peter Feddema