I recently gave a lecture in Rotterdam about ‘common sense’. I explained that in the Greek language of the New Testament there is a word for (sophroneo), which is often used. Especially in Paul’s letters. For me it was an eye-opener to discover that living in faith is not only not-conflicting with common sense, those are inseparably linked. God gives us the ability to think, obviously intending to use it. In the Bible, being wise does not mean: many brains or a high IQ, or good results at school. No, being wise means: to use the brains you have got.

An elderly man who had listened to the concerning speech, told me this week that one little remark in particular had stuck. I had said: it is common sense when you live untroubled. Assuming that God takes care for his creation (that is what faith is), it is only logical and wise to live untroubled. That is not a matter of “not being allowed to be worried”. Because that doesn’t work. Someone who is worrying and lies awake at night is not helped by telling him that he is not allowed to be worried. In fact, then you give such person another reason to worry: he is something that he should not be. No, the power is the logic of the truth itself: if the Creator of heaven and earth has everything under control and He will bring everything to a conclusion, than I can lay my head down and sleep in peace at once. (Psalm 4: 8) That is not only one worry less, but also very wise!

By the way, such a message of common sense can also be received negatively. Indirectly I heard from a woman who had listened to the speech and for her it was terrible. She fretted so much with all suffering in the world and the many troubles she saw around her. Her mind told her: how can God be good if He lets such things happen? Use of brains led her, at least in her experience, away from faith in God.

It is sad that the speech could not obviate this misunderstanding. Because I did not claim that our mind is sufficient to understand God. On the contrary. Being tiny little people, we understand hardly anything of creation. Microscopically and macroscopically everything is a big miracle. And even more the Creator Himself, and the ways He goes… how could we ever understand? Common sense reminds us to be humble. Expressing an opinion about God’s management is just as shortsighted as giving an opinion about a book of which you have read just a few pages. Or about a painting the artist is far from done with. Common sense says: Gods work is under construction and so we leave the final result to Him. Who else but He is able, perhaps against all odds, to complete it to a magnum opus?

As an illustration of the last sentence, just watch the short video below: 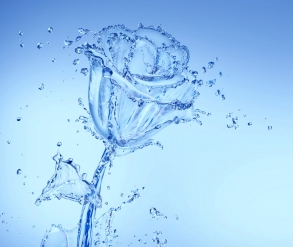