Cold comfort of a pastor


The, in Holland, known pastor Arie van der Veer (evangelical broadcaster: EO) wrote a blog about “being lost”. This is how he begins:

In the blog of last Saturday, I mentioned the fear of “going to be lost”. Somebody asked: ‘What is that?’. A serious question deserves a serious answer.

Van der Veer writes how much this question influenced him from his upbringing, and how scared his mother was of “going to be lost”. He continues:

Maybe that’s why I spoke many times about Luke 15, in the time that I was chairman of EO. The known chapter with three parables about God’s love for “what is lost”.

So, what is lost? For the sheep it meant, that he belonged to a flock, and was owned by the shepherd, but also that he lost contact. The lost coin meant a lot for the woman. But she lost it. And the lost son didn’t lose just somebody, he lost his Father.

Being lost means that one lost God.

Wrong, wrong, wrong! The lost son wasn’t lost, because he lost his father. In that case it would be the parable of the lost father. It can be true that the son lost his father, but that’s yet not the issue. The father lost his son. Like the shepherd lost his little sheep, and the woman lost her coin. Luke 15 doesn’t refer to the experience of the lost one, but about how the shepherd, the woman and the father do. The little sheep, the coin or the son were not lost, because they were in sad circumstances. It’s not the drama of the coin that lost its owner. No, it was the drama of the woman that lost her coin. And while the son was partying abroad, with a lot of friends and spent all his money, he was the same lost one, as in the time he was sitting with the hogs. All the time he was lost by his father!

Because the shepherd lost the little sheep, the woman lost the coin and the father lost his son, they started seeking. It was about their property, and it was also their concern to find what he had lost. He sought until he found what he had lost (15: 4). It was his joy when he found the little sheep. Also, it was the joy of the woman who found her lost coin. Not the joy of the coin… So, it was also the joy of the father, that his son was found. Of course, the son shared in this revelry, but not his father was lost. He was lost.

By focussing on the sad effects of being-lost, we don’t see the punch-line of the real sorrow. The question is: who lost? Of course: the owner! As creatures we are the work of GOD’s hands and so we are his possession. He owns us. And when He loses us, it’s his loss. And because of that it’s also GOD’s honour to seek what is lost… and find!

Pastor Van der Veer completes his blog in this way:

Wat does it mean to be lost? That is the sheep that is not caught and the son who refuses to return to his father.

Anguish for being lost? There is something like sorrow about someone who doesn’t want to be found.

Again wrong! And all because Van der Veer’s starting point fails. It’s not about the loss that is experienced by what is lost. And it is also not about what the lost-one should do to be found. It’s all about the owner (shepherd, woman, father), who seeks until he found that what’s lost. The comfort of Van der Veer is in the Owner who is seeking. But that’s a cold comfort, if the lost-one is able not to be found!? For Van der Veer doesn’t recognize the real loss, he also misses the joy of the parables of Luke 15. That joy is: what’s lost will be found! Guaranteed by the Owner. 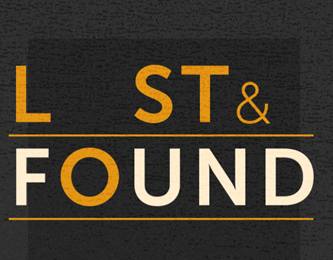