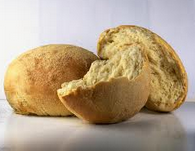 According to the KJV, in 1 Corinthians 11:24 Jesus would have said at ‘the last supper’, “this is My body, which is broken for you”. Modern translations have “this is my body, which is for you”. The question is: who is right? And what does it matter?

manuscripts The difference between these two renderings is not due to a different translation, but to differences in basic texts that have been consulted. The KJV is based on the so-called Textus Receptus, a basic text dating from after 500 AD, while the modern Bible translations are based on older manuscripts. The oldest Greek manuscripts (Vaticanus, Alexandrinus and Sinaiticus) are perfectly clear: the phrase “which is broken for you” is entirely absent. Only a later editor of the Sinaiticus manuscript has added the clause* That is the first answer.

* Unfortunately, the Concordant Version, because of its (in this case misguided) confidence in the editor of the Sinaiticus (S2) has chosen for the rendering: “this is My body, broken for your sakes.”

the gospel accounts Another way to answer this question, is to consult the different gospel accounts and see their description of the ‘last supper’. Do Matthew, Mark and Luke speak of a broken body?

Not once the rendering: broken for you! In other words, here are three witnesses in a row, that match what the oldest manuscripts in 1Cor.11:24 say. no bone broken Very remarkable is also what John narrates about the course of affairs on the cross. To hasten the death of the crucified (due to suffocation), usually, the legs of them were broken. But not in the case of Jesus…

31 The Jews, then, since it was the preparation, lest the bodies should be remaining on the cross on the sabbath (for it was the great day, that sabbath), ask Pilate that they might be fracturing their legs, and they may be taken away. 32 The soldiers, then, came and fractured indeed the legs of the first and of the other who is crucified together with Him. 33 Yet, coming on to Jesus, as they perceived He had already died, they do not fracture His legs. 34 But one of the soldiers pierces His side with a lance head, and straightway out came blood and water. 35 And he who has seen has testified, and true is his testimony. And he is aware that he is telling the truth, that you, also, should be believing. 36 For these things occurred that the scripture may be fulfilled, “A bone of it shall not be crushed.” John 19

Concerning the Passover lamb that had to be killed, we explicitly read: “and a bone in it you shall not break.” (Ex.12:46; Num.9:12). Jesus, as the true Passover Lamb (on the prescribed date of the 14th of Nisan/Aviv!) was killed, but not a bone of His body was broken. “this is My body” – the Ecclesia Paul writes in 1Cor.11 that he received from the Lord, Himself, what was said at “the last supper” (11:23), i.e., the meal that Jesus had eaten the night before his death. On that occasion, Jesus did not establish a mealtime to be observed (as is usually thought), but He kept an institution: the Passover that Israel already celebrated from the time of the Exodus out of Egypt. During that particular meal, Jesus spoke, while breaking the bread, saying, “This is My body”. The disciples, undoubtedly, thought of Jesus’ physical body. What else could they think of? However, the apostle Paul had learned from the Lord, Himself, that the expression, “this is My body”, refers to the Body of Christ…the Ecclesia!

16 (…) The bread which we are breaking, is it not the communion of the body of Christ? 17 For we, who are many, are ONE BREAD, ONE BODY, for we all are partaking of the one bread. 1Corinthians.10

The one bread speaks of the one body of Christ, of which all those who believe are members. Even though the bread is broken so it can be shared, it symbolically remains “one bread”. Why? Because it speaks of “one Body”!

in closing The whole idea that Christ’s body had been broken (such as later text editors have made of it) conflicts not only with what we read in Matthew, Mark, Luke, and John, it also is diametrically opposed to the teaching which Paul had received from the Lord, Himself. When believers come together to eat (11:33) and the bread is passed around, they are reminded of Jesus’ words at the last supper and they know (thanks to Paul’s teaching): the bread speaks of one, unbroken body of Christ, the Ecclesia! See also: breaking bread