| Blog English | atheists and the problem of evil

atheists and the problem of evil


Last week I read in the newspaper a message titled “for the youngest generation in the US atheism is on the rise”. A few quotes:

Atheism makes an unstoppable progress among the youngest generation of inhabitants of the United States. (…)

The research organisation writes: ‘for generation Z (born after 1999, AP) atheism is no longer a swear word’. The percentage of teenagers calling themselves atheist, duplicated compared to adults, thirteen versus six percent. The identification with the Christian belief decreases every generation, Barna infers. (…)

More than elderly, teenagers and young adults feel the problem of evil and suffering. ‘It seems that the contemporary youth, like so many people throughout history, struggle with the question how the existence of  evil can be compatible with a good and loving God.’

The latest quote brings us to the core of the matter. Atheism by itself is an unnatural philosophy. For naturally every human being looks for the sense of his or her existence. That quest alone assumes that a man considers that our existence has sense, i.e. meaning. And that assumption implies the existence of Someone who created us for a reason. Realizing  that or not, the question about the meaning of our existence has a religious motive. Who can live with the thought that existence is pointless, without being gloomy and depressive?

The natural penchant for sense and purpose leads to awareness of God. But also intellectually every man faces that conclusion. All (living) nature shouts: design! Living cells, organs and complete organisms accumulate the proof of ingenious design. The notion that everything would be random and coincidental is completely bizarre.

But if atheism indeed is in conflict with common sense and instinct, what causes people to become atheist? This is due to “the problem of the evil”. Or as formulated in the above mentioned newspaper article: “how can the existence of  evil be compatible with a good and loving God?”  Atheism denies God, because one wishes to have no association with God! For, in their view, the existence of a good God isn’t compatible with the presence of evil (suffering, illness and death). For: or He isn’t God, which means that He lost control of evil, or He had bad intentions with his own creations which would imply He isn’t a good God. In fact , because of this, the set-up of atheism is religious. One is hostile towards and alienated from God.

The rise of atheism in the United States is remarkable. May it be because Christianity doesn’t give answers to the big questions of young people? In any case it’s a fact that in Christianity the origin of evil is shrouded in mystery. One points to the iniquity of Adam and Eve, as the cause of the evil in the world. There is something to be said for that. But the question of the genesis of iniquity is not answered. One points to “the old serpent” (Satan) as the inspirer of that transgression. But that’s only a shifting of the question. For how could Satan become Satan, i.e. opponent? Usually the reasoning is that this celestial, Lucifer, once was ‘fallen’ which is underpinned by Bible verses that are not about Satan, but about the king of Babylon (Isaiah 14) and Tyre (Ezekiel 28).

But okay, the question is and remains: how could Satan arise? Arriving at this question Christianity is completely confused.  One calls it a mystery. One Is afraid to call God the Creator of Satan, but they are also afraid to call Satan’s formation an ‘occupational accident’. As sudden and unintentional. So than it’s a mistake. In short, one is completely in the dark about the origin of evil.

There is an answer!

The Biblical answer to the question of the origin of evil begins with the simple determination that all things are out Him, and through Him and for Him (Romans 11: 36). Common sense always begins with recognizing that “God is GOD” (Romans 1: 21). Each reasoning that doesn’t begin there, is a false start. With this healthy principle, it isn’t more than logical, that GOD, through Isaiah, formally states that He is the Former of light and Creator of darkness, Maker of good and Creator of evil (Isaiah 45: 7). Nothing happens in vain and all serves his purpose (Prov. 16:4). In Scripture there is no knowledge of good, without knowledge of evil (Genesis 2: 9). The presence of the evil is necessary for displaying the good. A good God Who wants to show His goodness (and love), had to give a place to evil (as a contrast) in his creation. Like a painter who needs black and dark paint for his painting. And like a composer who cannot make a masterpiece without minor-chords.  How could an author ever be able to realize a good novel without including evil, trouble and grief? Contrast is a necessary element in every creative process. Also for the great Creator.

GOD’s work is not finished yet. Evil seems to be not compatible with a good GOD. But that is a myopic prejudice. For it will all make sense… in the end. And the end will be astonishingly good, because God will have turned Evil completely toward good! For His entire creation. 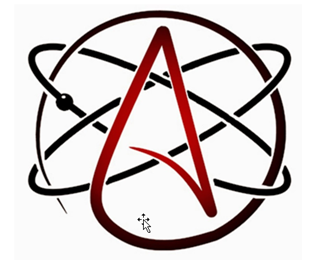