| Blog English | An appreciative review of the evening with David Sielaff

An appreciative review of the evening with David Sielaff 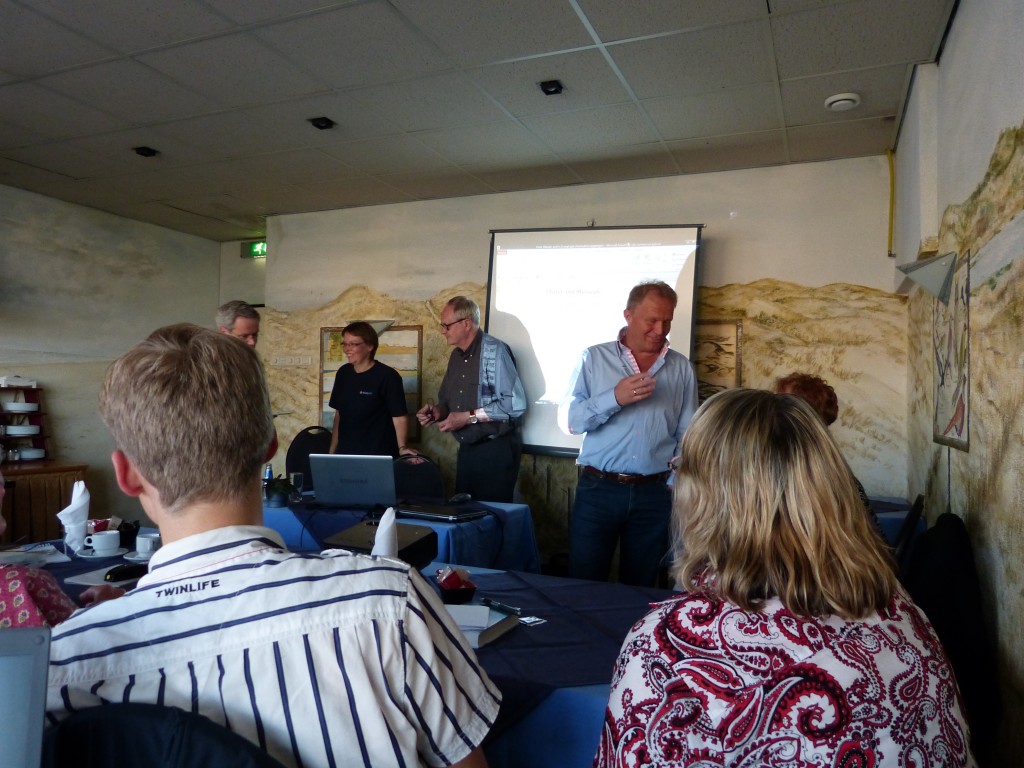 This past Saturday evening, (July 21), for the third time in about ten years, we were privileged to have in our midst David Sielaff from the U.S.A. Even as was the case the last time, his wife accompanied him. The meeting was held in a beautiful room on the Boulevard of Katwijk, near the mouth of the Old Rhine. Reitse Keizer related, in his introduction, a few interesting particulars of this place. About twenty-five persons from the surrounding area, but also from much further away (Friesland, Overijssel, Utrecht, North Holland, Gelderland) had come to hear what Mr. Sielaff had to say. In the power point-presentation before the break (see below), Mr. Sielaff spoke on the meaning of the Greek word Christ which is the translation of the Hebrew word Mashiach, Messiah, which both mean anointed. He emphasized that the Hebrew concept should be kept in mind, when we talk about the Christ. After the break, for most visitors it became really interesting. The speaker in particular answered questions about the search for the tomb of David and the location of the former temples in Jerusalem. This topic was extensively discussed at the previous visit, six years earlier, and many in attendance were very curious about the state of research at this time. Mr. Sielaff is convinced that Haram Al-Sharif is wrongly identified as the Temple Mount. That is not the location of the temple, but of the Roman fortress, Antonia. In connection with this, Mr. Sielaff told of a conversation he had with a prominent archaeologist, who assured him that under the so-called Temple Mount, Roman toilets were found, dating from the beginning of our era. This is not exactly something one would associate with a Jewish temple… Anyway, Mr. Sielaff shared many more exciting details. In the links below, you can comfortably listen to his presentation. Please note that the sound, during the questions from the audience, is not as clear as would be ideal. When the meeting was formally closed, around 10:15 p.m., it was for most attendees no reason to go home, immediately. They continued to talk about the fascinating information which Mr. Sielaff had shared with them, as well as about many other Biblical themes! MP3 part 1 – presentation MP3 part 2 – questions answered powerpoint: Below pictures with David Sielaff (second from left) and his wife (with glasses). Click on it to enlarge. 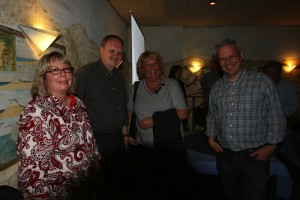 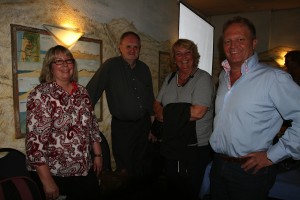