| Blog English | All works together for good…. or maybe not?

All works together for good…. or maybe not? 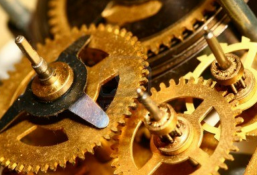 Now we are aware that God is working all together for the good of those who are loving God, who are called according to the purpose – Romans 8:28 (literal translation)

Usually, the above verse is understood such that everything works for good, but only for those who love God. For whom doesn’t love God, not everything works together for good. The “everything” is a limited in this way of reading. It only applies to one group. But is that the way in which Paul makes God known? Or as it reads here literally “the God”. Isn’t the punch line of the previous chapters in the letter to the Romans that as encompassing as sin and death have put their mark in this world, the redemption in Christ Jesus is equally encompassing as well! In Him humanity receives back “much more” than it lost in Adam. That is why Christ is “much more” than Adam! (Rom.5:15).

23 for ALL sinned and are wanting of the glory of  God. 24 Being justified gratuitously in His grace, through the deliverance which is in Christ Jesus. – Romans 3 –

When, in Romans 9 – 11, Paul subsequently traces the ways of GOD in the history of Israel and the nations, he exclaims in worships to GOD that “Out of Him and through Him and for Him is All”. Everything, literally everything is participating in the universal plan that GOD is working out. It is all HIS plan, it is HIS implementation and it is also HIS planned destination. So to HIM be all the glory. Many do not know this God. Their god is not the “GOD” but a little god. Yes they are religious and Christian, but their god is not in control of everything. Their god is dependent on the choice of his own creatures. Creatures who were able to disturb gods own plans in such a way that it never gets right and good again….. How different is it for those who know “the GOD”! They know that all, without exception, is working together for good. Exactly this is why they love this GOD!