| Blog English | all flesh is grass

all flesh is grass 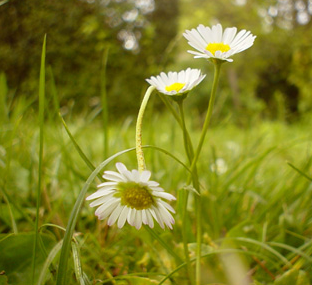 &nbsp; From my study room, I saw how, a few moments ago, our dying neighbour lady from out of her home was carried, on a stretcher, into an ambulance. A few dejected family members and acquaintances were helplessly standing by. Some cried, all of them knowing that she had but few days left to live. Bianca, that being her name, seemed to accept it, by now, as a matter of fact. During the past number of years she had shown herself to be strong in coping with her illness. More than seven years ago, the dreaded disease had become evident and since then, she had relentlessly endured operations, chemotherapy, radiation and hormone treatments. A (too) young woman, 41 years, leaving behind a husband and three teenage children. Consolation and courage Bianca derived from the music of Marco Borsato, whose fan club she prominently supported for years. But what a sad scene I beheld this morning!

All flesh is grass, and all its glory is as the blossom of the field. (…) Dry is the grass; decayed is the blossom. Yet the word of our Elohim shall be confirmed for the eon. -Isaiah 40:6-8-

A human being, in his good days, can fancy himself to be quite something, but in reality he is like grass that withers; no one is excluded. “All flesh…” says Isaiah. What remains are only the memories of faded glory. But thanks be to God, there is more to relate. In contrast to this transient life and her passing glory there is the WORD of GOD as the Rock of ages. The Creator of it all has spoken. As we read elsewhere:

What stands and remains standing is the truth that what has passed by, will again be found by GOD. Death may be ever so real, but it is not final. To that truth, no man can add to or take away from. No one is asked whether he likes it or whether he deserves it. All that is irrelevant. GOD is the One who seeks and Who will find (Luke 15:4), because He is GOD! The graves will open and the dead will be made alive, as once the Firstfruit Christ (1Cor.15:22,23). This is assured to us by the One who knows it. Man asks himself helpless questions to understand the why of this passing creation. Why should such a young mother be dying, while elsewhere, a lonely and demented woman, completely meaningless, lives and becomes very old? If we are honest, we confess: we have no idea (Ecclesiastes 3:11). We are not only small and insignificant, but also completely ignorant. Why? “…. that man should fear before Him”! We have no idea, but God knows what He is doing and “HE will never forsake the works of His hands.” Every creature is loved by Him, because they are His workmanship. That is the word of our GOD; and throughout all the eons, this truth will stand! Spread the word!